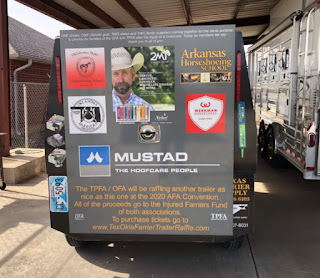 How to Make a Duct Tape Boot

Horse and Sole Hoof Care
Deanna's love for animals, lifelong learning, and passion for farriery comes through in her work and professional endeavors. Always willing to try something new, question approaches to the foot, and to work as a team, she is a prime example of a top notch hoof care professional.